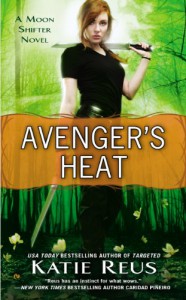 In this story we have Erin Flynn a young woman by Shifter Age who was brutally abused early in her life. She has now moved on some what from that attacked and became the New Enforcer for the North American Council of Lupines. Erin relives everything that happened to her. Enter Noah Campbell Sexy, Tall, Jet Black Haired male shifter and son of the Alpha of New Orleans. Erin and Noah embark on a case that involves female shifters who are being kidnapped and killed some of which are pregnant. This case takes them to New Orleans first stop is a shifter bar where when they enter they find A Vamp and a Fae fighting horribly. Erin of course goes to the aid of the female with her knives and Noah refuses to allow anyone to harm Erin although she really doesn’t need Noah’s help. Well they find out these 2 are married. Odd to say the very least. Noah has issues with his father so he is hoping there will be no issues while they are in New Orleans. They receive a call from Noah’s father that a pregnant female shifter has been found Alive. She is a member of Noah’s fathers pack.

Noah and Erin go to speak with the female shifter and it’s a long time friend of Noah’s he is so torn and thinks what if this was Erin. Erin promises to do whatever it takes to bring down those responsible for these kidnappings and killings and abuse. She is able to tell them some things about who took her and there is one thing she remembers about a Ring one of her captures was wearing. She also knows it was 2 lupine shifters and a human male.

There is a lot of pent of sexual frustration and it is only growing stronger between Erin and Noah. Erin although she wants Noah more than anything feels he deserves better than someone with so much baggage. Noah will wait forever for Erin although he can’t let her know everything he is feeling as he doesn’t want her to run away. Noah is determined that one day Erin will be his mate.

Can Erin let down that last wall and let Noah in? Will they both figure out how each other feels about the other? Will Erin become Noah’s Mate? Will Erin finally tell Noah everything?

Pickup your copy of this book and find out !!

This book takes us through heartache, loss, A ton of action and the awesome world of many variations of shifters. And OH so hot scenes !!!


Review copy provided by: Arc provided by Author for my honest review